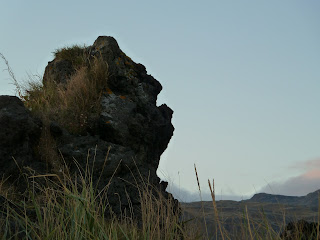 What about the elves?

I had written two full-length novels set in Iceland, and it was becoming clear that there was a question I could no longer dodge. What was I going to do about the elves?

I have related how I first heard about them, from Helga at that dinner during my book tour to Reykjavík. Naturally, I was intrigued, and when I met Icelanders in London during my initial research, I would casually ask them about the elves, or the ‘hidden people’ as they are often known.

They always took my question seriously. One woman told me that her name had been chosen by a hidden woman, who had whispered it to her grandmother when she was born. You can see from the preceding posts that elves, ghosts and trolls are important in Iceland, even today. My editor was keen that I should include superstition and myth in my books. So I needed to write about elves.

I made an appointment to see Gudjón, a senior diplomat at the Icelandic embassy, and his colleague Ágústa. They were both helpful, informative and down-to-earth. So, at the end of my meeting, I asked them how I should deal with elves.
We had a useful discussion. It turned out Gudjón had an Uncle Gísli who used to play with elves as a child his mother saw him skipping around with them. Afterwards, Gudjón sent me an article about construction problems in the remote town of Bolungarvík.

It was a classic Icelandic elf story. The government was building a tunnel to provide better all-weather access to Bolungarvík, which is stuck at the very north-western edge of Iceland. The tunnel went through a mountain that was known to be the home of hidden people. Two of the diggers mysteriously broke down. And then, while blasting in a local quarry, there was an accident, and large boulders destroyed some local properties. No one was hurt, but the contractor was naturally concerned, as were the town’s residents, many of whom were sure that the incidents were perpetrated by the hidden people angry at the destruction of their home.

The contractor decided to approach locals to help him sort the problem out with the hidden people. The mayor and the town council wanted nothing to do with it, but the priest agreed to say a prayer, and local ‘seers’ undertook to discuss the matter with the hidden people. Which they did, asking their forgiveness and putting on a small concert for their enjoyment. The tunnel was completed without mishap.

My mind started turning. What if there had been a landslide in Bolungarvík and people had actually been killed? In that case, some people might accuse the hidden people of being murderers. And what if Magnus’s boss sent him all the way to Bolungarvík to solve the crime, knowing how frustrating he would find it? Perfect. Thanks to Gudjón, I had my elf story. It’s a novella of about sixty pages, and it’s called Edge of Nowhere.

Who are these elves (álfar), or hidden people (huldufólk)?
I should start by admitting that the photo above is not of a hidden person or an elf.  I have never seen one.  But it is a rather wonderful picture of a troll I saw in the lava field near Budir in Snaefellsnes.
Now: to answer the question.
First, we need to pin down whether there is a difference between the two. Some Icelanders insist that there is, and that to conflate the two is to show ignorance. But the more you dig the more confusing it becomes. Everyone is sure what a hidden person is, but less clear about elves, if they are not in fact hidden people. Terry Gunnell, Professor of Folklore at the University of Iceland, believes that the confusion comes from the fusion of two parallel sources of the myths: Norse and Irish folk tales.

Hidden people are a lot like other Icelanders. They lead parallel lives, unseen most of the time. They are wary of humans, but willing to help out if need be. They will provide advice if necessary; they will rescue travellers in distress. They can be charming, and there are several cases recorded of shepherd girls going up to the mountains to look after their sheep and being seduced by hidden men. Strangely enough, the resulting babies are always visible; the ‘hidden’ gene must be recessive.

Most farms have a family of hidden people living on or near their property, usually in a prominent rock. This knowledge is passed down through the generations, and locals will be careful not to disturb the hidden people’s dwelling. Hence the Bolungarvík story.
And the famous story of a road near Álftanes, just outside Reykjavík, whose route was slightly changed to avoid dynamiting a rock where elves were known to live. This story is highly contentious: the elf-deniers claim that it was distorted by journalists trying to hype up a non-story.

I have diligently posted every two weeks on this blog for the last eighteen months.  Eventually, I am going to run out of material.  To push the date when this happens as far as possible into the future, I am going to start posting every three weeks from now on.  I hope you can bear to wait that long; somehow I think that if you have stuck with me this long, you probably can.
If you would like to receive a free copy of my 60-page novella The Polar Bear Killing and occasional emails about my books, sign up here.
elves Iceland folklore