Showing posts from January, 2023
Show all

Too Much to Write: Guest Blog from Jónína Leósdóttir 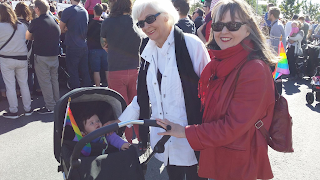 Time for another guest blog.  This one is from Jónína Léosdóttir, an Icelandic novelist who has turned to crime, and the wife of a former Prime Minister of Iceland.  Life changed dramatically when my wife, Jóhanna Sigurðardóttir, became Prime Minister of Iceland at the beginning of 2009. But not in a particularly good way for me, personally. You might think that being married to a PM must be glamorous and fun, even in a small country like ours. At least some of the time? Well, that might be true in ordinary times (if, indeed, there is such a thing as “ordinary times”), but that is definitely not the case when a country’s economic situation is extremely perilous and the International Monetary Fund is breathing down your neck.  The biggest and most immediate change in our household was that my spouse more or less disappeared from home, often spending twelve to fourteen hours a day at work. And when she was home, she was either on the phone, reading through stacks of papers or watching t
Post a Comment
Read more 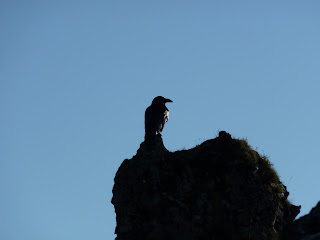 I sometimes think that the ravens own Iceland and humans are allowed to live there only with their permission.  Remember, it was a raven that led Flóki to Iceland in the ninth century. There are loads of them in Iceland. Huge birds that look much like crows, but often act like eagles, they are extremely intelligent. They usually operate in pairs, exclaiming in their distinctive loud croak that can sound like human speech, although ravens produce a wide range of other cries. They seem to be watching you, whether they are soaring high above, or skipping between stones and fence posts. They circle over corpses, of birds, of sheep or of people. This one above, I spotted while walking along the cliffs in Snaefellsnes. This being Iceland, there are of course plenty of folk tales about ravens. Odin kept two ravens, Hugin and Munin , who served as scouts for him, flying off to gather intelligence. Ravens predict death or weather changes; one even led a girl away from a landslide. Some grand
Post a Comment
Read more
More posts