Showing posts from February, 2021
Show all 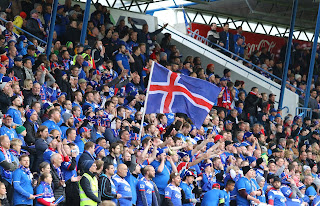 So, Magnus is an Icelander.  But what are Icelanders really like?   Now that is a dangerous question.  Dangerous because we are in the territory of playing with stereotypes.   The Problem with Stereotypes           I first came across the notion of stereotype at school studying history.  I think I had suggested that the first world war started because Germans liked invading people.  I was admonished, quite rightly, and told that ‘stereotypes’ had no place in history.  You couldn’t say that Italians were excitable, the French didn’t queue, the Americans were loud or that the Germans liked invading people.  It was bad history, it was often plain wrong and it was morally dubious.  All true.             And yet.  It is hard to suggest that the unification of Germany or even the origins of the first world war can be analysed without some understanding of the development of Prussian militarism.    I believe there are certain traits that are more prevalent in Iceland than elsewhere, and I thi
2 comments
Read more 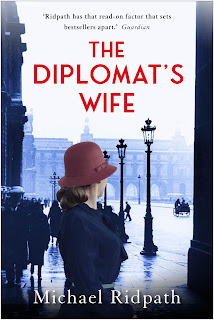 I am interrupting my Icelandic saga to tell you about my new novel which has just come out: The Diplomat's Wife .   It’s not about Magnus, or Iceland, it’s a stand-alone thriller.   It's part road trip around Cold War Europe and part pre-World War 2 spy thriller. For the last ten or so years, I have been alternating my Icelandic crime novels with thrillers on other subjects.   I find the change stimulating, and my publisher seems to like it too. A visit to Iceland provided an important spark for The Diplomat’s Wife.    I knew I wanted to write about the 1930s.   In my previous researches I had been amazed at how little education many of the daughters of the aristocracy received - a lot of them didn’t even go to school - and also by how young they were when they married.   I wanted to write a story about a highly intelligent, completely uneducated aristocrat, who married young and became involved in some kind of espionage.    I wanted to write about her from the perspective of h
2 comments
Read more
More posts