Snaefellsnes: in search of myth and superstition 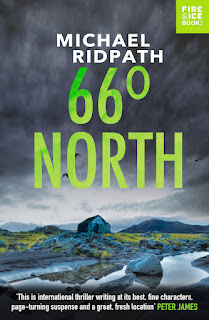 I wrote my story about my demonstrators in the Parliament Square, and their plans to take justice into their own hands. I called it 66 Degrees North, which is the latitude upon which Iceland sits. It’s also the name of an Icelandic clothing company  I checked and they were quite happy to have their brand as the title of the book.

Unfortunately, my US publishers decided that Americans wouldn’t understand the concept of latitude, and so the book is called Far North in America. This is inconvenient for everyone: in an age of social media which transcends boundaries, I live in fear that some of my American readers will buy the same book twice. And, as far as I can tell, Americans do understand the concept of latitude.

We need some myth

I sent the book to Nic, my editor at Corvus. He liked the story. But he said it should include some of the myth and superstition that infused my first book, Where the Shadows Lie. Very occasionally editors try to make you do things that make no sense to you. Sometimes you need to be persuaded. More often they are clearly absolutely right. This was one of those times.

There were three possibilities to add myth and/or superstition: ghosts, elves or the sagas. I wasn’t yet confident in my ability to handle ghosts or elves  that would come later  but I loved the sagas. So I needed a saga.

And a subplot. I had referred to the death of Magnus’s father when he was twenty in America. Perhaps it had something to do with his family back in Iceland  the grandfather’s farm where Magnus had stayed when he was a boy? I could create all kinds of flashbacks and conflicts in a farm somewhere in rural Iceland. Yes, I needed a farm.

I had another look at Iceland Saga by Magnus Magnusson, and came upon the story of the Berserkjahraun, or ‘Berserkers’ Lava Field’ told in The Saga of the People of Eyri, otherwise known as the Eyrbyggja Saga. I’ve always been intrigued by berserkers, those Scandinavian warriors who would drive themselves into a frenzy and go berserk  in the middle of a battle and kill everybody around them, so I read the saga for myself.

Eyri refers to Snaefellsnes, the peninsula that juts out to the west of Iceland about 120 kilometres due north of Reykjavík as the raven flies. At the tip of this peninsula rises Snaefellsjökull, the volcano in the shape of a perfect cone which you can sometimes see from the capital. 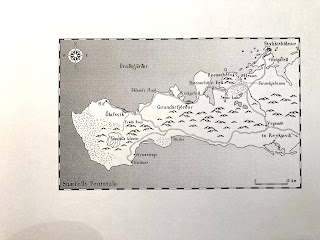 The Berserkjahraun is a lava field that flows in an immense river of stone from the mountains that form the spine of Snaefellsnes to the sea on its northern shore. In the saga, there were two farms on either side of the lava field: Bjarnarhöfn, meaning Bjorn’s harbour, and Hraun, meaning lava field. Bjorn, the son of Ketil Flat-Nose and brother of Aud of the deep mind, was the original settler at Bjarnarhöfn.

A hundred years later, Vermund the Lean lived at Bjarnarhöfn and his brother Styr lived at Hraun. There was only a couple of kilometres between them, but the lava field was impassable.

Vermund went raiding and trading in Norway and returned with a gift from the King of Sweden: two berserkers. When he arrived back at Bjarnarhöfn, he found the berserkers too much trouble to control, and gave them to his brother Styr at Hraun. They worked hard, but one of them fancied Styr’s daughter and wanted to marry her. Since the berserker had no money to pay for her, Styr said he could only marry his daughter if the berserkers cut a path through the lava field.

The berserkers set to work furiously, and eventually cut the path. They were exhausted. Styr suggested that they rest in his new sauna, which they did. Styr poured water through the skylight of the sauna, which became so hot the berserkers rushed out, whereupon Styr ran them through with a spear.

I liked that story. Maybe Magnus’s grandfather could have a farm by the Berserkjahraun, at Bjarnarhöfn perhaps? I could start the book with the grandfather, whose name was Hallgrímur, playing berserkers in the lava field as a child in the 1930s.