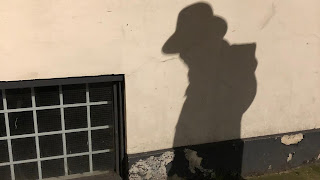 Now I needed a detective.

Creating your detective is probably the most important step for any writer when beginning a crime series.  You want the man or woman to be interesting to you as much as the reader.  You want him (I decided on a man, perhaps because I am a man) to be sympathetic, strong, independent, intelligent.

But to create drama he needs flaws: traits that will get him into trouble.  He needs personal problems.  He needs to be in conflict with family friends or colleagues.

Given these requirements, you can see how writers have created detectives who are middle-aged, divorced, with a drink problem, a wayward daughter and a difficult boss.  All that really helps with the drama, but it creates a new difficulty: a stereotype which the writer has to be careful not to follow too closely.

So I didn’t start from that point.  I had a particular problem.  I needed a detective who spoke Icelandic, knew Iceland, yet could see his own country clearly through the eyes of a guest.  Solve that, and I could add features that would make him interesting.

First, I needed a name.  The name had to be easily recognizable to English speakers – Skarphédinns need not apply – simple to say and read, and authentically Icelandic.  A name immediately popped into my head, and it may have popped into yours.  Magnus.

For Britons of my generation, Magnus Magnusson was the best known Icelander, although in fact he lived most of his life in Britain.  He had a great name (Latin pun stumbled upon by accident).  He presented the intellectual quiz show Mastermind on TV, and I remember his blue twinkling eyes and soft Scottish-Icelandic accent fondly.

Despite its Latin derivation, Magnus, or as it is written in Icelandic, Magnús – pronounced Magnoos – is an authentic Icelandic name.  The story as told to me goes that in the Middle Ages there was an Icelandic poet named Sigvatr at the court of a Norwegian king.  The king had an illegitimate child born prematurely, and Sigvatr thought the baby was going to die immediately.

The poet, not wanting to wake the king, hastily baptized the baby, giving him the name ‘Magnus’ after ‘Carolus Magnus’, the Latin name for Charlemagne, meaning Charles the Great.  Magnus survived, grew strong and eventually became King Magnus of Norway himself.

Back to the problem: how on earth do I get him to be a policeman capable of interviewing suspects in Icelandic and of seeing the country through a foreigner’s eyes?

This is the answer I came up with after a couple of weeks’ thought.

Magnus was born in Iceland to Icelandic parents.  His father was an academic and his mother an alcoholic.

When Magnus was eight, his parents split up.  His father went to teach at university in Boston, and his mother kept Magnus with her.  Because of her alcoholism, Magnus lived at his grandparents’ farm on Snaefellsnes in the west of the country.  He had a miserable time

Magnus’s mother died when Magnus was twelve, and he and his little brother Óli went to join his father in Boston.  So Magnus grew up in America, attended an American high school, but never forgot his Icelandic roots, or his native language.

When he was twenty, Magnus’s father was murdered.  The local police tried to solve the crime, but failed.  Magnus himself tried, and also failed.  But as a result, after leaving university he decided to become a policeman.

Ten years later, and he is the only homicide detective in America who speaks Icelandic.  So when the Icelandic National Police Commissioner visits America looking to borrow a detective to help the Reykjavík police with modern big-city crime, Magnus is his man, and Magnus is invited back to Iceland.

The day he lands in the country, an Icelandic professor is found murdered near Lake Thingvellir and our story begins.

This background created a number of problems for Magnus, problems that I could explore in my future books.

Plenty to work on there, and I am still working on it.

By the way, I don't have a picture of Magnus, mostly because he is not a real person.  The image above is the shadow of me wearing my new hat and a raincoat.  I look a bit like a spy, or perhaps a hard-boiled detective from the mean streets of LA or San Francisco, but I doubt very much that Magnus looks like this while working the streets of Reykjavík.