Showing posts from May, 2021
Show all

Checking out Reykjavík, walking where my characters walk 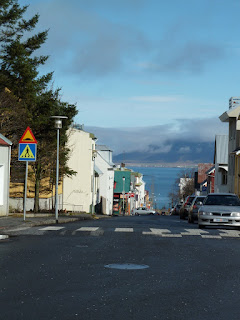 I checked out Reykjavík. I was looking for places people might live, places people might meet, and the odd place someone might get stabbed or shot. It’s a bit morbid, but it’s my job.  I was to revisit all the spots I saw on this first trip many times over the following ten years. In May 2008, the global financial crash was just beginning its downward lurch. It was to hit Iceland particularly hard over the following twelve months. Parliament Square I started where Ingólfur Arnarson started, in Austurvöllur Square, which is a couple of hundred yards south of the bay and in the middle of what is now known as ‘Downtown’.  Austurvöllur is a bit of a mouthful, so let’s call it the Parliament Square, since Parliament is on one side. If you think Reykjavík is small for a capital city now, this is where you realize how seriously small it used to be a hundred years ago.  The square is a patch of green with a statue of a politician in the middle, some scrappy grass and daffodils and a few ben
Post a Comment
Read more
More posts